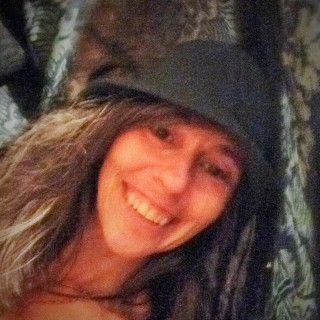 Public Domain File:Dante Alighieri01.jpg Uploaded by JoJan Created: October 12, 2005 JoJan (talk | contribs) Dante Alighieri (c. 1 June 1265 – September 13/14, 1321) was a Florentine poet Statue outside the Uffizi, Florence Own photo – photo taken on 12 October 2005 I, the copyright holder of this work, release this work into the public domain. This applies worldwide. In some countries this may not be legally possible; if so: I grant anyone the right to use this work for any purpose, without any conditions, unless such conditions are required by law.Deconstructing and Reconstructing:  Author or Novelist?

For the writer, language is a powerful tool. Some writers sidestep the title of “author” on the basis of semantics. Despite their status as synonyms,
the two words can carry different connotations. Going back to basics, I looked for the nuances in their definitions, and my own recognition of the
words as they apply in today’s society.  Mr. Alighieri would likely have waxed poetic on the subject, (sorry), and his image is quite “authorial.”

In the same reference source, “writer” is defined as:

: someone whose work is to write books, poems, stories, etc.
: someone who has written something
: one that writes: as
a : author
b : one who writes stock options (http://www.merriam-webster.com/dictionary/writer)

For all intensive purposes, in modern English, the two words are interchangeable, with the exception of a connotation of career (the writer’s work is to write) and a nod to many works with “author” which is alluded to for “writer” as well. Nevertheless, individual affinities for both terms exist within the writing world.If I were to define my conception of “Author,” as an identity, it would be one who has participated in “published and/or monetarily successful,original or novel writing endeavors.”
I have defined my presupposition, (though it is NOT inclusive of the entirety of connotations regarding the relationship to a single document). Now to examine my associations with “Writer.” Honestly, I can equally apply my definition of one who has participated in “published and/or monetarily successful original or novel writing endeavors.” It fits, but the term “writer” is more general in my mind, less circumscribed. Writer can simply be ascribed to placing words on paper, as in writing the minutes for a meeting, writing down a quotation in calligraphy. A Writer may involve himself in creativity, but also evokes a sense of the physicality of writing. A writer, in modern times, can be a machine, as in a typewriter. An author can dictate to a writer, but a writer would not generally dictate to an author (though they could, of course, dictate to another writer, or a dictation/writing program, and screenwriters may at times ignore an author!)
Inversely, a writer could “write” the theory of relativity (which is exactly what Albert Einstein achieved), yet one does not “author” a mathematical theorem, or HTML code for that matter, both of which are original creations. Of note as well, we write and/or compose music and song, which is the creation of new content) yet we do not “author” it. So what do I label myself?

Still hoping for an understanding of the words, one or both of which I sought to assimilate) I reviewed their origins in the “Online Etymological Dictionary,” and followed the links to dictionary.com. Here’s what I found:

“writer (n.)  
Old English writere “one who can write, clerk; one who produces books or literary compositions,” agent noun from writan (see write (v.)). Meaning “sign-painter” is from 1837. Writer’s cramp attested by 1843; writer’s block by 1950. The Dictionary.com link placed the conception date of writer at “before 900; Middle English, Old English wrītere.” (http://dictionary.reference.com/browse/author?s=t)

Now we have some historical basis for the two terms. The recorded usage of the word “writer” actually preceded the word author by at least three centuries. I am intrigued by the origins of both, and the chronicles of their journey into modern usage, though I plan to delve more deeply at another time. For the current musings, I can see that “Writer” was actually a term in and of itself, encompassing both the physical act of forming visible words on a surface and formulating original word combinations.
“Author” came from French and Latin roots, and explains the inclusion of “god” in the modern day translation. It translates into “father, creator, originator, augmenter….” Seeing the Latin roots and God-like masculine connotations, it is understandable that the term (in its cultural context) would assimilate itself into a slightly more elevated position in modern English. So my conclusion is that “writer” works best for my own purposes, as the patriarchal religious connotation seems to carry into my own experience of the word. I enjoy using the older, less elite form as a general rule.
As today’s usage blurs these roots substantially, I suppose I could deem to answer to the title “author” on occasion, (even to myself). The association with progenitor or creator is inspiring, but writer and its association with writers who work is more attractive, like a comfortable pair of jeans!
“Writers” and “authors” are oftentimes uncertain of their own merit, or the results of their hard work, especially if they have not been published.
Additionally, they may be reluctant to carry traces of elitism, which yokes the word “author.” It is my own opinion that we all are at some point in our lives both writers, called upon to record data, and authors called upon to create material. The terms overlap enough in common usage that they are a matter of choice, though one does not author a shopping list (unless for a very grand endeavor).
In my own journey, I am still more comfortable with the verb form. “I am writing a novel,” or “I have been writing poetry,’” rather than the declarative identification of the identity of either writer or author. On the other hand, I highly respect the “Authors” and “Writers” in my writing group, many of whom are just beginning as well….
Come to think of it, I myself am a member of said group, and as such am part of the “Pacific Northwest Writer’s Association”. Presumptive or not, I must be a “Writer!” *(in a future post I will discuss English versus American rules of punctuation and why I waver on the fence between both). For links to some fun references, see my compilation at: ilonarapp.tumblr.com
My next post will continue to define and explore “Author Branding.” I would love your comments as well. Are you an “Author”, a “Writer.”, a “Novelist”, a “Poet” or too uninterested in carrying any of these appellations?